The Only Thing Better Than Bacon Is Bacon Wrapped In Bacon

The Only Thing Better Than Bacon Is Bacon Wrapped In Bacon

America has been having a love affair with bacon for the past few decades. Everyone has a preference on how they like it, too. Exploring the sinfully delightful aspect of this pork-based meat is something that Texans, Minnesotans, and others have been doing for a while.

Admit it. You have a preference for your bacon. Some may prefer the chewy, soft pieces of bacon that are still a bit flabby. Then again, you might like it crisp and crust-like so that it crumbles upon the first bite in your mouth.

There are countless charts on how you can identify your bacon with it ranging from floppy and nearly raw to charred. 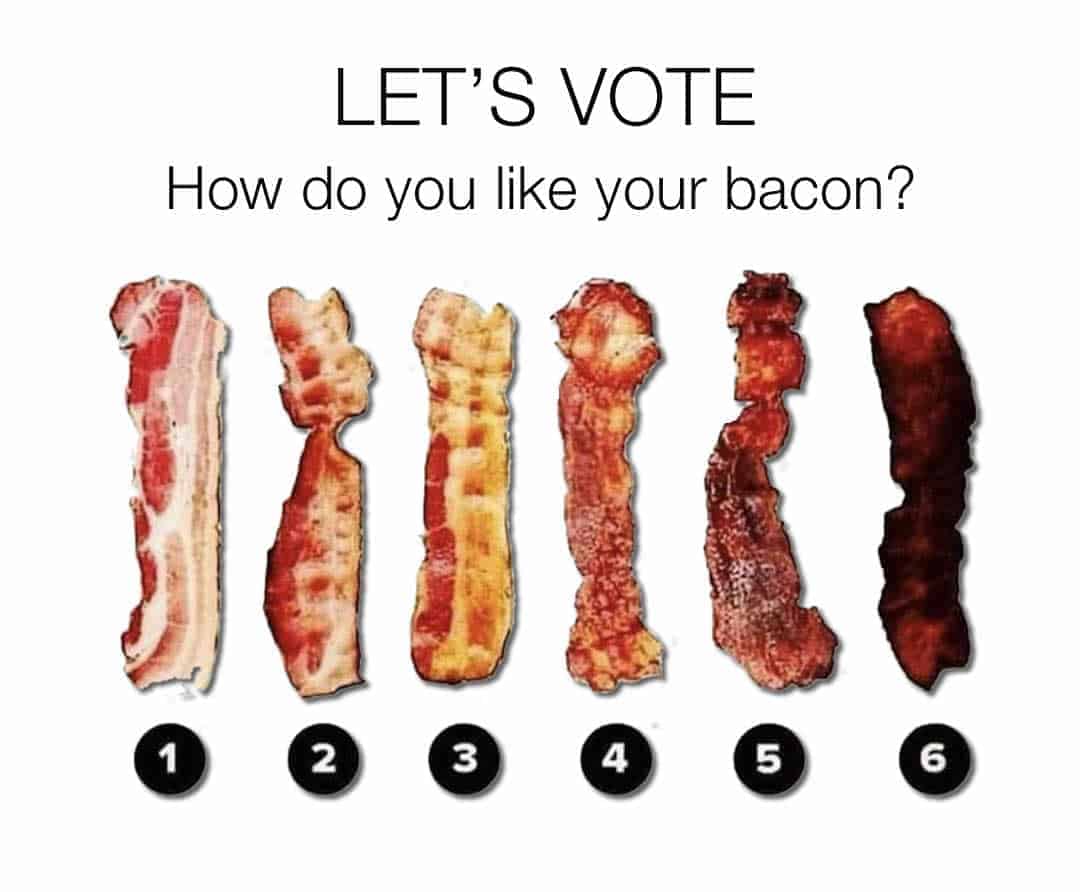 Even after you look at the level of doneness, there are other ways to enjoy your bacon. You can eat it alone, next to a side of eggs, dipped in chocolate, or even wrapped in more bacon. If you haven’t tried bacon-wrapped bacon, it’s one of the most decadent things that you can ever put in your mouth. It’s drool-worthy because of it being meat wrapped in meat and cooked to perfection.

If you fancy yourself to be a bacon connoisseur, you are likely the one that has bacon everywhere you go. You may even have pigs on your farm or ranch just so that you can have access to bacon whenever you want it. Tapping your inner food artist, you smoke it, dry it, season it with pepper, and explore a thousand other ways to flavor it up. Enjoy the meat stick for breakfast, lunch, dinner, or even a random snack in the middle of the day. 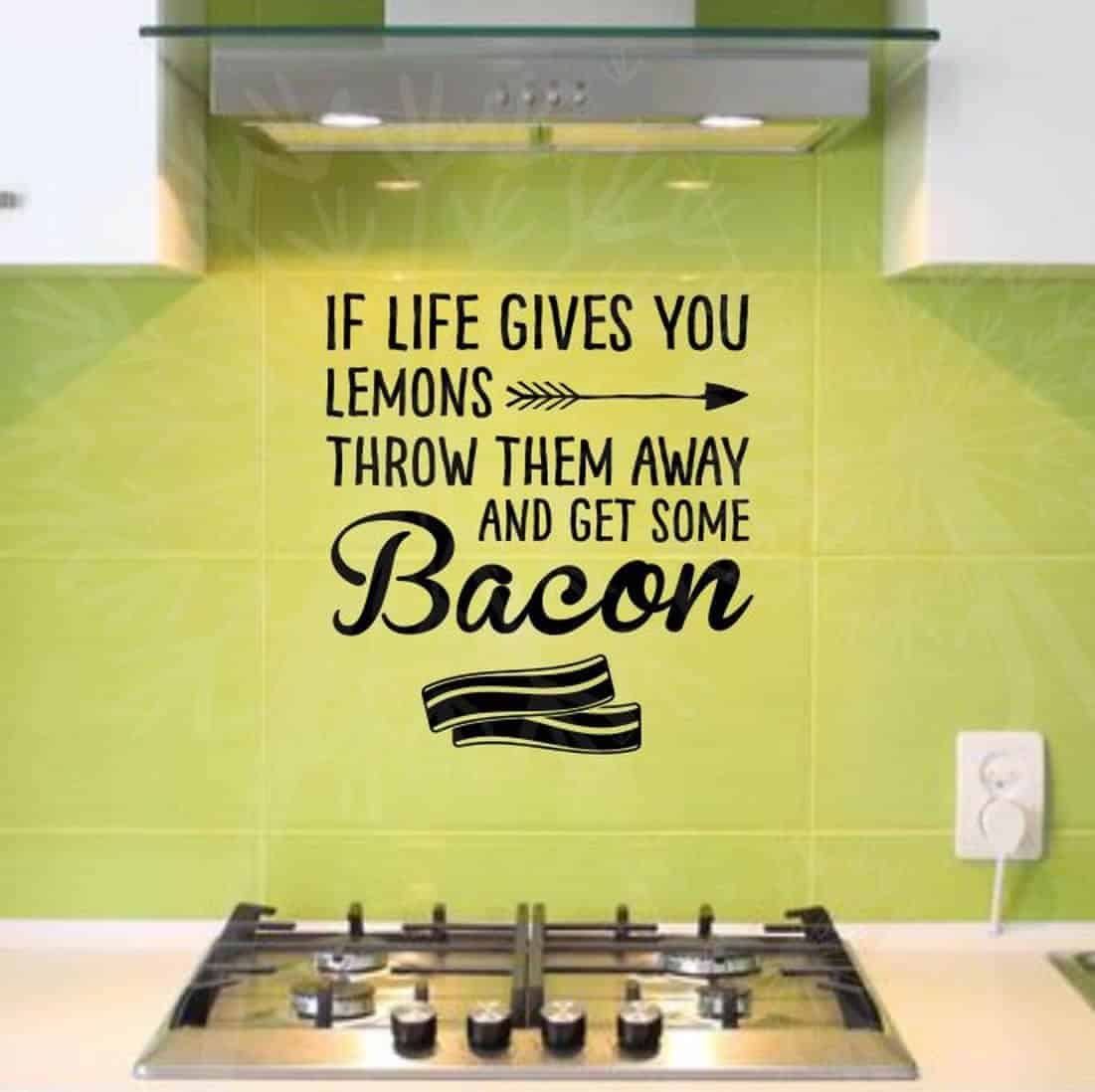 Getting Creative with Bacon

When you go into the South, Texans get creative with bacon. They love it so much that they wrap it around brisket. They also wrap it around bacon, creating intriguing, fried balls of bacon. The aroma of the bacon is recognizable from nearly a mile away, and more menus are adding bacon in the most exciting ways:

While you might end up in a meat coma over this one, consider turning your bacon into an arts and craft project. Use raw bacon strips in order to weave a square. You need about twelve slices of bacon in total to do this. Lay out six strips going horizontally. Then, “weave” the other six strips vertically. It creates a square of bacon-y goodness. You throw it into the frying pan or onto the grill to cook on both sides to the desired level of goodness. Now, you have yourself a square of bacon that can be used on top of a burger. You can also create two squares and go with a bun-less burger by using the bacon squares in place of a bun.

As for bacon-wrapped bacon, you can keep it simple with only bacon in the mix or you can use brie, pork belly, and more. You wrap the bacon around an ingredient and, then, wrap some more bacon around it. From there, you can bake, sauté, or fry it up. Serve it on a plate with a knife or stick a skewer through it to eat on the go. 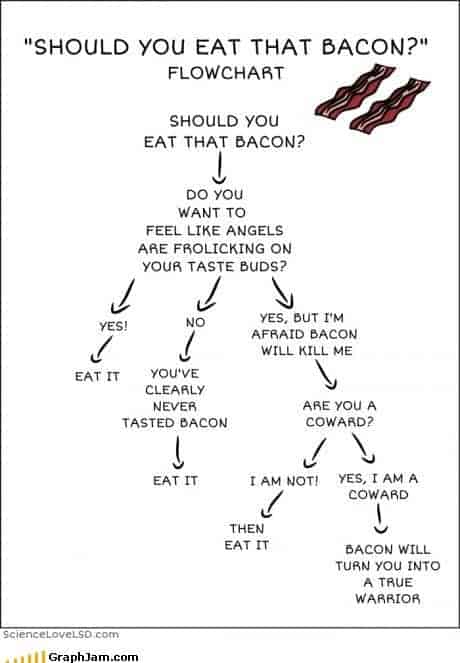 Minnesotans have been adding bacon-wrapped foods to their fairs for a while now. One week the prize pig is announced at a fair and the next week is a bacon festival. It’s a glorious thing, but be sure that the pig doesn’t have a name.

There’s a Reason You Don’t Name Your Pig

Anyone who has a pig on their farm knows that you don’t get attached to them. You don’t name your pig. The moment you name your pig, it’s a part of the family. You can’t serve a pig with a name up for dinner. The average 250-pound hog generates about 20 pounds of bacon. That’s a lot of bacon to go to waste just because you wanted to attach a name to the little oinker in the pole barn. 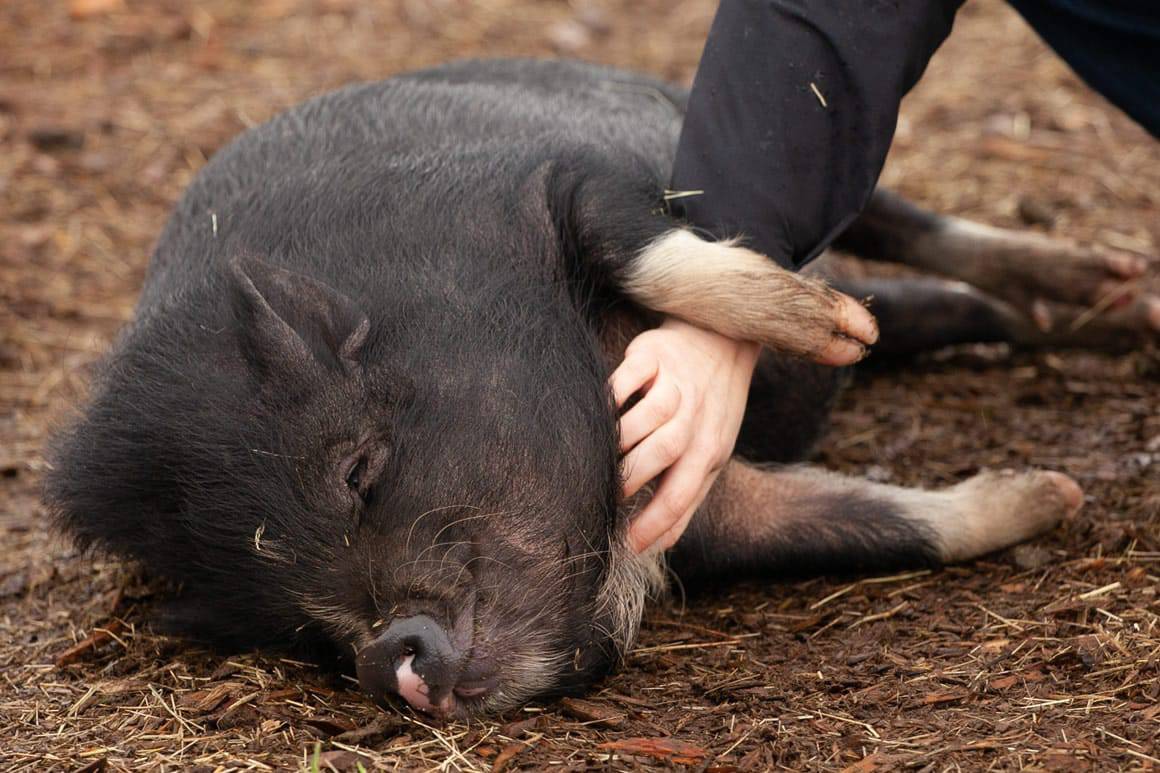 What about pets? There are some people who actually have pet pigs. There’s a reason the pet pig phenomenon isn’t as huge as dogs and cats. It’s because of the bacon. No one wants to lust after their pig. They also don’t want to feel guilty about frying up bacon in a pan when there’s a pig oinking at their feet. People who own pigs as pets are also the ones who have made the ultimate sacrifice and are eating turkey bacon. They say it’s the same but it’s not. Turkey bacon is nowhere near the same deliciousness as pork bacon. 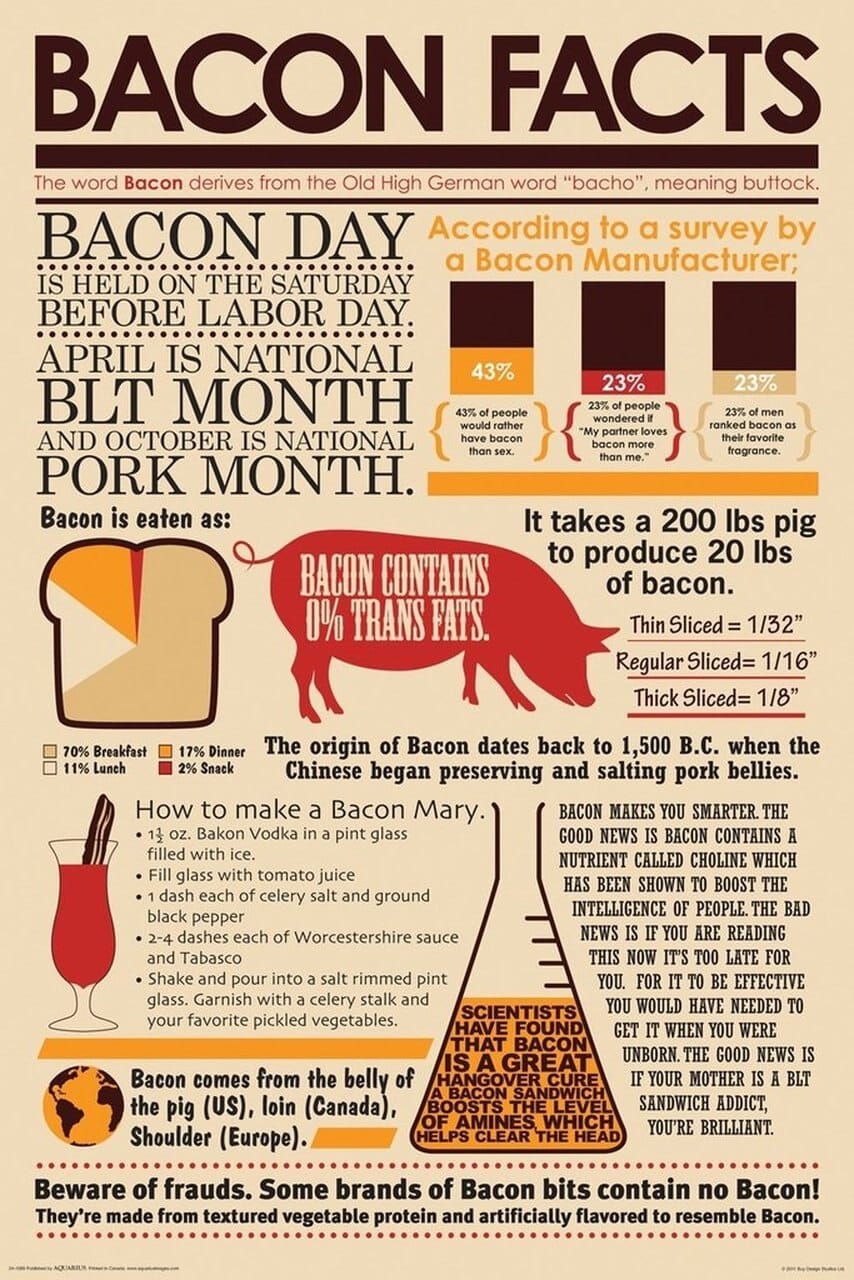 For the Love of Bacon

Everything about bacon can make your heart beat a little faster. There’s the smell. The texture. The crackle as it fries in the pan. The flavor. Bacon has worked its way into our hearts over the years in more ways than one. While it’s not considered the healthiest meat in the world, it’s one that so many people simply cannot resist.

Bacon’s been around for over a thousand years. The Romans were big fans of bacon, though it referred to all sorts of pork. As it made its way into American during the 20th century, everyone went crazy over the salty meat. However, it wasn’t until the 1990s when it became more than the sidekick to fried eggs. Now, farmers, ranchers, and chefs are getting bolder with their bacon. It’s being seasoned differently and being incorporated into more dishes, including ice cream. 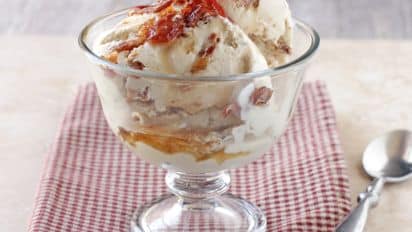 There’s a reason why bacon is so addictive, too. It has to do with the chemistry. The combination of the smell and the flavor are what makes you crave it so much. The sugars in the fat react with the amino acids, and the aroma alone will cause your mouth to water.

When you’re a bacon-fanatic, it may be worth exploring a Sherman Pole Barn so that you can house your own piggies. As long as you don’t name them, you can be sure that you have access to all of the bacon that you can handle. 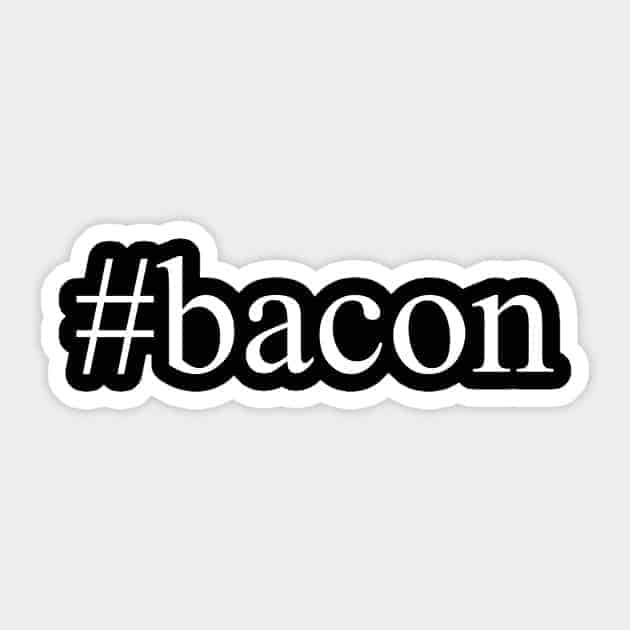