Have An Ice Day

Have An Ice Day

There’s nothing quite like spending time on the ice. From figure skating to hockey, there’s a strong desire to lace on skates and glide across the ice. The moment that a lake freezes in Minnesota, people are rushing to grab their skates in order to participate in winter sports and have an ice day. 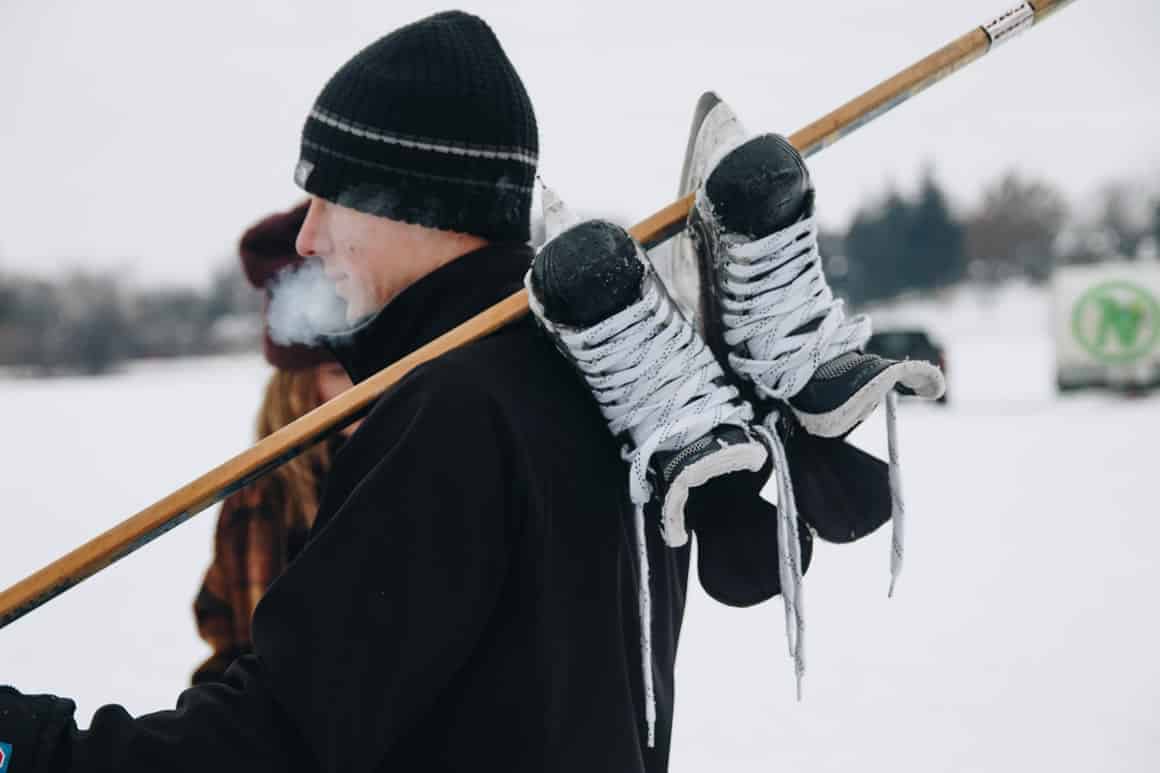 In comparison to the hockey skate, a figure skate has a thicker blade (about 4mm in comparison to 3mm), plus there’s the infamous toe pick that many hockey players struggle with.

In short, if you’re going to spend some time on the ice, it’s best to have the right skates for what you want to play. And, there’s nothing saying that you can’t have a pair of each.

Adding Flair to Your Time on the Ice

Whether you’re looking to get into professional ice sports or you simply want to add some flair to your icy sports, there are a few things that you need to know. It’s all about knowing how to make the most of your angles on the ice in order to master the art of dancing on ice.

You can impress your friends when you want to spray the ice higher as you come to a stop. Perhaps, you will want to use this as a way to give them an ice shower when they’re watching on the sidelines.

Then again, you might want to show a bit of athleticism with toe jumps such as the Lutz and the flip or edge jumps including the Axel and the Salchow.

Check to Make Sure the Ice is Ready

Crystal clear ice may or may not be ready for you. You don’t want to end your fun day on the ice with a trip to the ER because the ice cracked, you fell in, and needed a full rescue team to get you out. Rather than making the 6 o’clock news, you have to make sure the ice is ready for the weight you’re going to put on it.

I asked my old man if I could go ice-skating on the lake. He told me, wait til it gets warmer.

Clear and blue are the two components that you’re looking for in Minnesota or anywhere else you’re planning on playing on the ice. If it’s opaque white ice, it might not be strong enough yet. Additionally, black and grey ice will show that there’s still too much water under the surface. If the ice is melting or there are air pockets, you could end up in serious trouble, especially if you’re already in the middle of the lake. 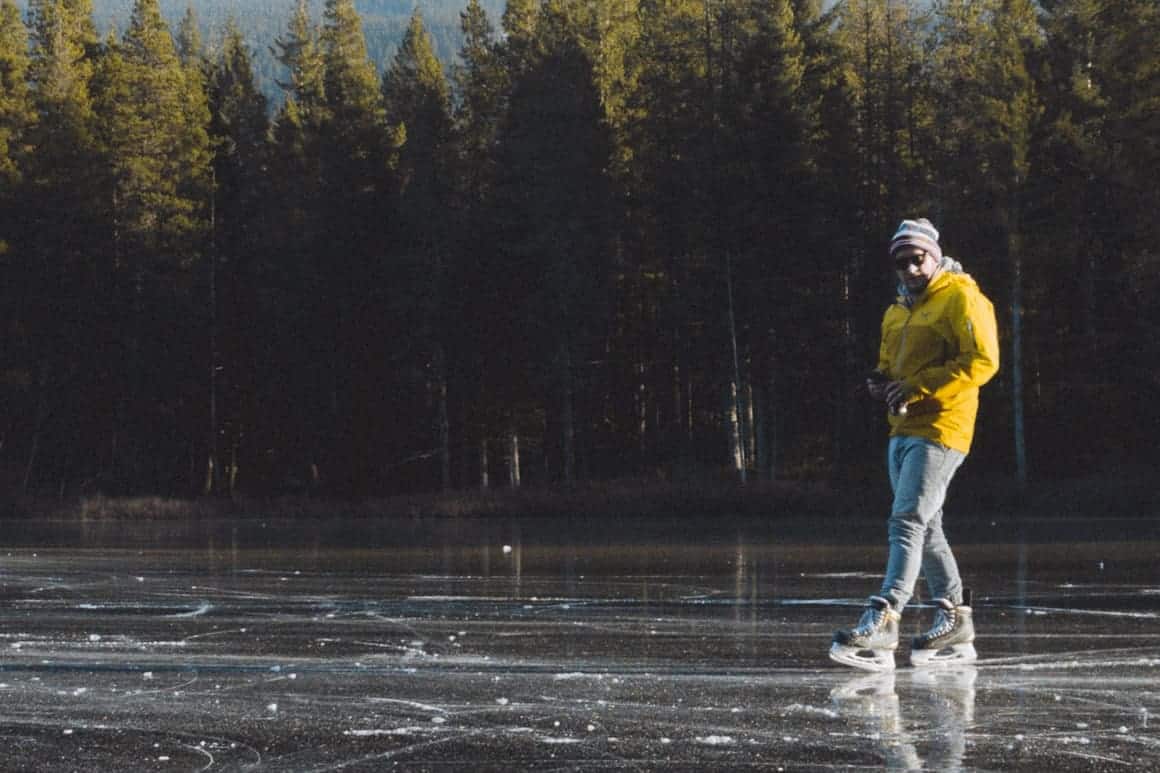 Particularly when you get the freezing temperatures with no snow, it can create crystal clear ice that is an absolute dream to skate on. Then, you can decide whether you’re going to do some ice dancing or call out all of your friends in order to play a hockey game in the middle of the lake.

Of course, you can also opt for some back country time on the ice where you’re amidst some obstacles of mountains ,glaciers, icebergs, and more. This can be the ultimate winter adventure, but it’s going to be even colder than what you may be used to. It’s fun, especially if you have the right ice skates strapped to your feet. However, you’re going to want a refuge of warmth to go to as soon as you make your way off of the ice.

Make the Most of Your Winter Sports

As soon as you find a pond, lake, river, or other body of water that has frozen over, you can grab your skates. What you have to think about is how you’re going to warm up from time to time. When you’re in an arena, you can jump off of the ice and warm up almost instantly. That’s not the case when you’re creating an ice rink out in nature. 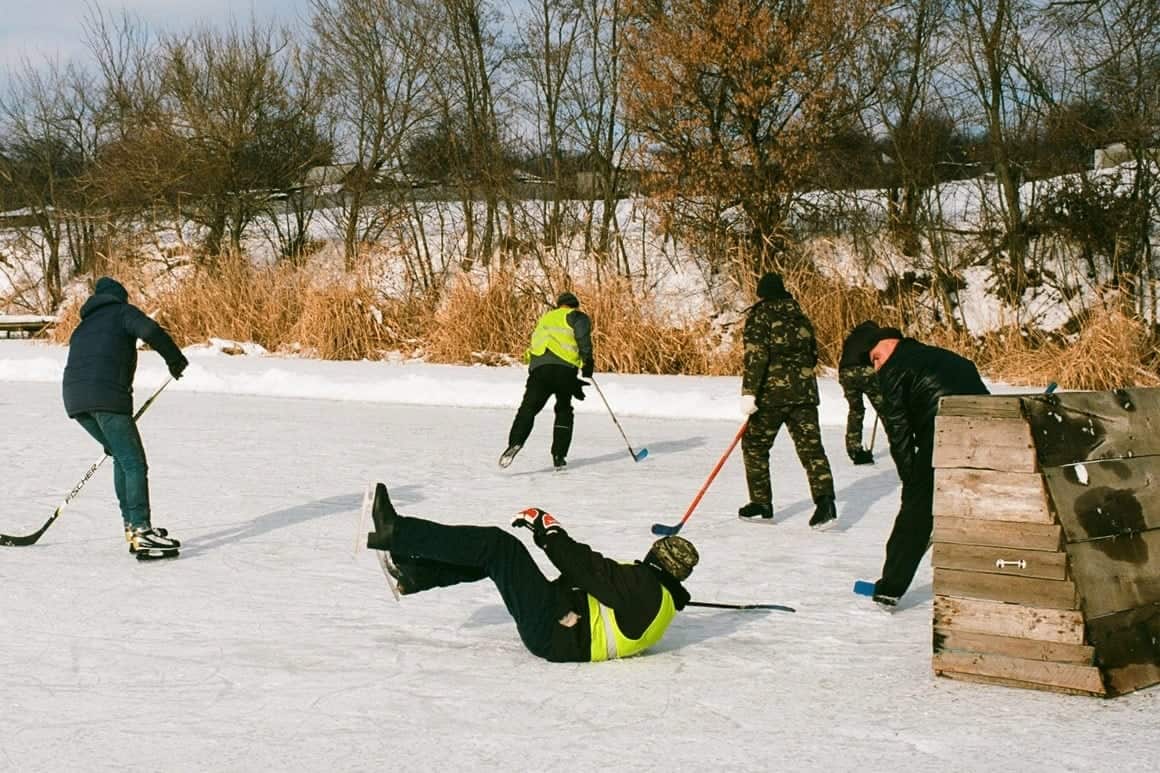 If you’re going to have an ice day, you need a “warming house” of sorts. This allows you to warm up from time to time while also having a place to store all of your supplies. For ice skating, this might be your skates and maybe a sparkly leotard. If you’re playing ice hockey, you need a place to throw all of your shin pads, elbow pads, sticks, and everything else involved in playing the sport. 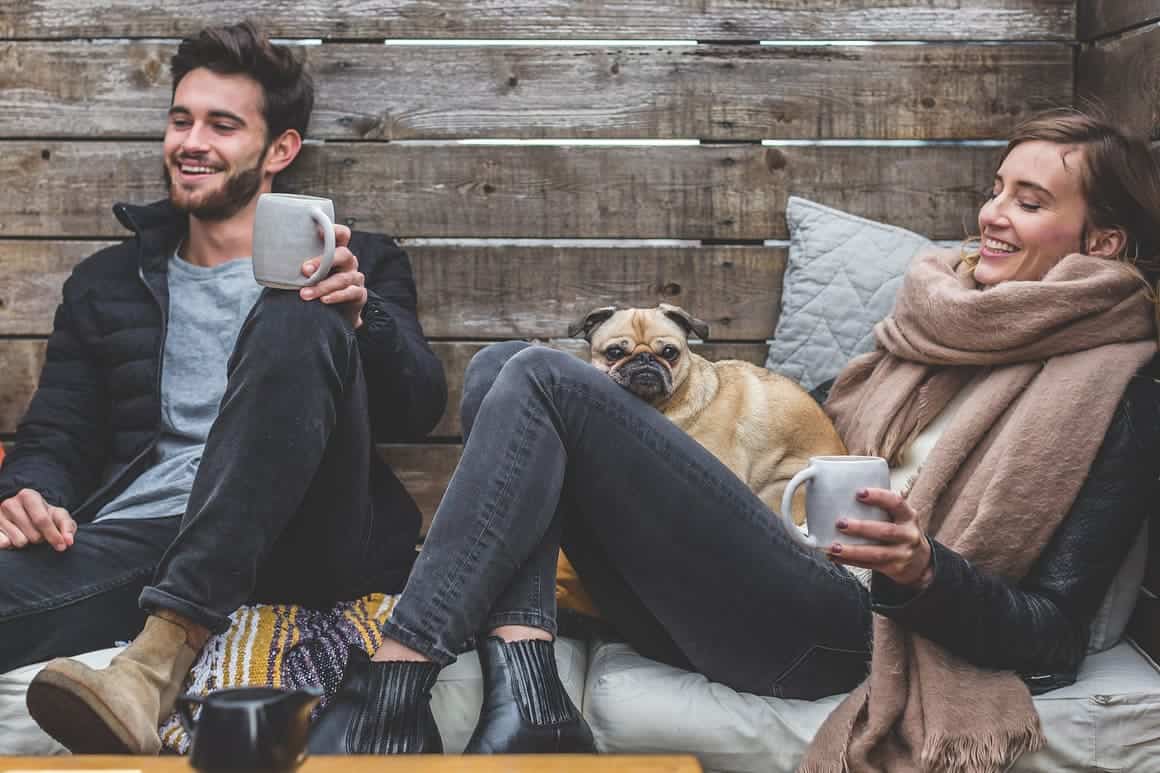 Everyone has their own version of a warming house, and some are no more than a basic outhouse. However, if you’re serious about your sport, there’s no reason to have a basic shed that doesn’t offer the space and storage that you need. It’s why so many serious athletes turn to a pole barn. At Sherman Pole Buildings, we can create a warming house that will offer you the storage for all of your supplies while also giving you the facility for you and your entire team to warm up.

We’ll customize the pole barn to include the flooring and insulation that you need. This way, when you come off of the ice, you have the ability to warm up and relax. You can have heat inside, warming you to your core so you don’t have to worry about catching a cold.

Having a place to go after spending hours twirling around the ice or knocking a puck around can be the ultimate way for you to have an ice day.

Bon Jovi – Have a nice day